DJ 1172 Bio.
Right then, blimey …. Errrrm…1996. (gulp)….
I’d been given a lead on a guy locally ‘who could’ if I was nice enough…So I dropped by were he worked, a local VW scrappers for a chat. That evening I called by his place to ‘sort things out’ and life changed very dramatically from that point on. Besides the shoddy hung drapes, low sunk sofas, unvarnished floorboards and rough-cut palette coffee table, there against the back wall were a set of two Technics 1210’s, a mixer and two large speaker cabinets. The rest of the collected bodies in the room enjoyed what they had and bobbed their heads in time to the beat like they were in a trance. Now I knew he liked house music, but this had a different edge, it wasn’t commercial or club-land commercial house, this was Deep House, the kind of beat and drive that dug its claws into your bones and forced you to move.“Wanna go”? The DJ said….“Sure” I replied and was handed a pair of headphones..There I was, no idea what the fuck I was supposed to do, but somehow chose a piece of vinyl, cued it up and did my best to mix it in with what was left of the remainder of the track… After the second attempt it was in, the game had begun.The next day I was in HMV quicker than lightning, my first purchase… Carl Cox F.A.C.T .Within a year I had my own set of basic belt drives before finally saving the pennies to get a lovely set of 1210’s in 1999., and for the next 26 years or so I’ve continued to place 12” circular pieces of pressed plastic onto record players, match up the beats and press record, sometimes to one or two people and sometimes to many more, outside, inside, locally nationally and occasionally in far off places, but the intention is always the same…. Make ‘em move, space ‘em out, mix it well and do the tune some justice.What do I D.J? Hard question really, probably easier to say what I don’t like mixing about with……err… well to be honest nothing….. its all and everything, but its always vinyl that gets my ear. Having the product at the end of your fingertips, you can’t beat that. There’s a well discussed warmth in the sound of vinyl too which I love.From my first piece of vinyl (Herbie Hancock Rockit) bought in WH-Smiths in 1980 to the endless days trawling through box after box in backstreet record shops in London, Paris, Dusseldorf, Amsterdam, Dunedin, Glasgow or Bournemouth, right up today where I can easily stay up till 7a.m bidding on a out of press Drum and Bass white label on ebay or being lost in the jungle of the mighty Discogs, the behavior runs true and concurrent, there is always more to discover, mix about with, revive or simply pay tribute to by owning and mixing with music on wax. Listing off places, people and all that won’t make the story any better, but easily, by far my favorite time always sticks like glue. Playing a Hawkwind Tribute vinyl set for four hours to a crowd of people coming down at Henrys Beard Café in the Green Fields of Glastonbury Festival ten or so years ago, I’ve never enjoyed myself so much as then. In all DJ’ing has privileged me the chance of meeting the most incredibly interesting, creative characters, opened me up to a world that very few people get to see and experience, and of course, (from lugging the weight of it all from place to place), enabled me to pull tendons in places I didn’t know I had. I wonder what it would have been like if I hadn’t gone to that guy’s VW scrappers that afternoon, lost the number, or just lunched it out…. Glad I did. And for anyone who wants to give it a go, do it. It won’t make you a millionaire but the fun is priceless. Thanks. 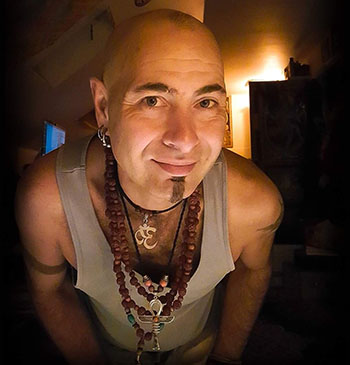 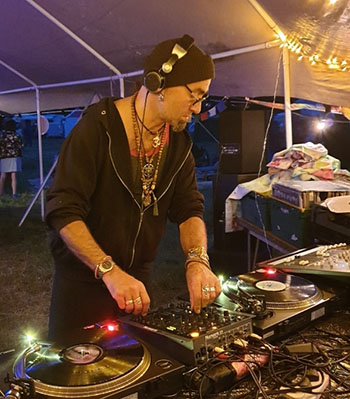 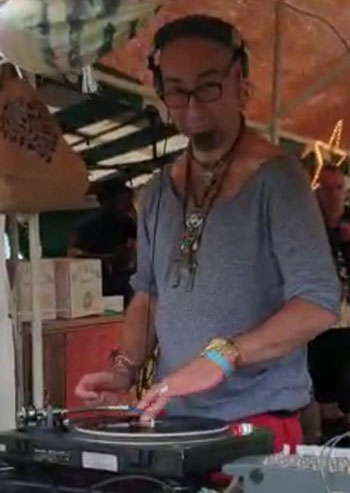 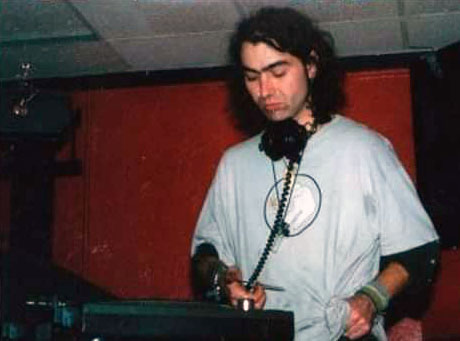