Kyle has always been interested in the world’s indigenous peoples. He has undertaken an intensive study into the traditional didgeridoo techniques employed in Australia’s Arnhem Land area and the intricate imagery that adorns rock shelters
and bark paintings alike. He has visited Western Arnhem Land and North East Arnhem Land’s Gove Peninsula where he studied with Djalu Gurruwiwi, expert didgeridoo maker and ceremonial leader. A renowned didgeridoo player, Kyle has performed and lectured at a number of in stitutions around the world and has taught didgeridoo playing for over 20 years from beginner through to advanced traditional techniques. Workshops cover the history of the instrument, basic techniques including circular breathing, tonguing and vocal work and a focus on regional traditional playing styles in order to develop a working understanding of the elements involved in contemporary and traditional playing styles. 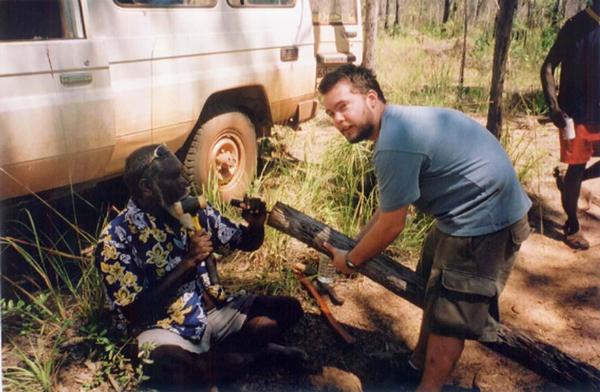