Janos was born and raised in Hungary; this was where he first met the instrument in 1999. Although in the early days he approached the didgeridoo in a contemporary way as a player, he always felt that learning about its ‘cultural background’ is an important part of his journey.

During the coming years Janos was looking for the sound of the didgeridoo that represent his connection to this unique instrument. He first visited Australia in 2006, where he was working with a didgeridoo maker in Far-North Queensland – the experience of cutting and making instruments in the bush strengthened his dedication towards the termite-hollowed eucalyptus instruments. After his return to Europe, he was working at Ethnosound worldmusic instrument shop in Budapest as cultural promoter and event coordinator. During this period, he was actively performing as a didgeridoo player in several projects to incorporate the instrument in the Hungarian traditional and contemporary music scene. He was the co-producer, composer and artist of the Gudanjabro Didgeridoo Duo that released its debut album in 2008.

Over these years his attention gradually turned towards the traditional playing styles of the Top End of Australia. In 2009 Janos moved to Australia, where he is since studying the different traditional didgeridoo and the distinctive playing styles through the Northern Territory. He is looking for the ‘classical’ sound of the didgeridoo while learning about the traditional Indigenous knowledge and the languages of the region. He believes that this` hollowed wooden tube` has the best, the original and the proper sound on its cultural ground, it belongs there, and it carries a universal message that can speak to anyone.

Janos created Hollow Log Didgeridoos in 2013 to establish an online surface where he is able to showcase the traditional didgeridoo. He feels it is important to talk about the Aboriginal culture and the didgeridoo as a ‘balanda’, non-Aboriginal contemporary player to help others to understand, value and respect the traditional culture of the instrument, and the People who invented it. As a didgeridoo enthusiast he thinks it is vital to maintain connection to the traditional custodians, learn their ways of life, beliefs and languages.

He is studying the Yolŋu languages and culture at Charles Darwin University. Currently he is living in Yirrkala in Northeast Arnhem Land, working at ARDS Aboriginal Corporation and Yolŋu Radio as cross-cultural facilitator that gives him a great opportunity to incorporate the didgeridoo and his keen interest towards the Aboriginal culture into his everyday life.

Mike was born in the UK and moved to Australia in 1993 to undertake a PhD in the links between climate change and security.  Much of his research was about human connection to the more-than-human world and how the disconnection between people and planet can lead to environmental threats such as climate change.

In 1995, Mike was in a bar in Balmain, having a beer, when he first heard Charlie McMahon performing with his band Gondwanaland.  It was this experience that led Mike to pursue a career in music and performance.  After completing his PhD, Mike started working with the didgeridoo player Mike Jackson and together they formed the band AXIS.  As a result of their first CD Playing in Tongues Mike and Mike toured Europe where they gained a large following.  AXIS pioneered a new way of playing the didgeridoo which built on the styles created by Charlie McMahon.

Following the success of AXIS, Mike created the band Didjitalis which fused electronic music with organic groves.  Didjitalis toured Europe and released a number of CDs to international acclaim.  At this time, Mike was also working in Aboriginal art galleries in Sydney where he was building his knowledge of Aboriginal culture.

In 2003, Mike returned to the UK where he continued to perform didgeridoo and lecture on environmental issues.  During this time Mike became fascinated by how the didgeridoo could be used to explore connections with the more-than-human world from an academic perspective.  As a result of this work, Mike started working with musician/producer Harry Coade and together they established Sound Matters an organisation that uses sound, and music, to explore environmental issues.  Mike is currently involved in a large project which explores ways of using the concept, and practice, of songlines to reconnect people to ‘country’ in areas of Europe undergoing large-scale landscape degradation and rehabilitation.

Mike began working with Janos Kerekes in 2018 and is now the European representative for Hollow Log Didgeridoos.  Both Mike and Janos hold similar believes about using the didgeridoo to support and promote aspects of Aboriginal culture and as a way to reconnect people to the more-than-human world in ways that could help address pressing environmental issues. 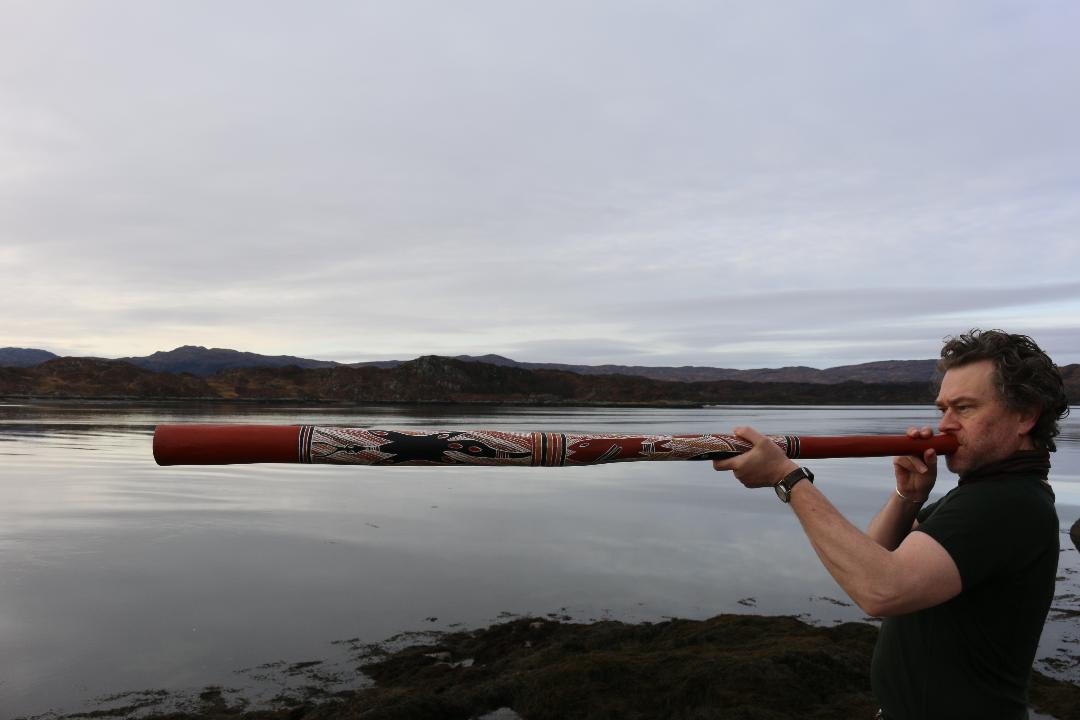 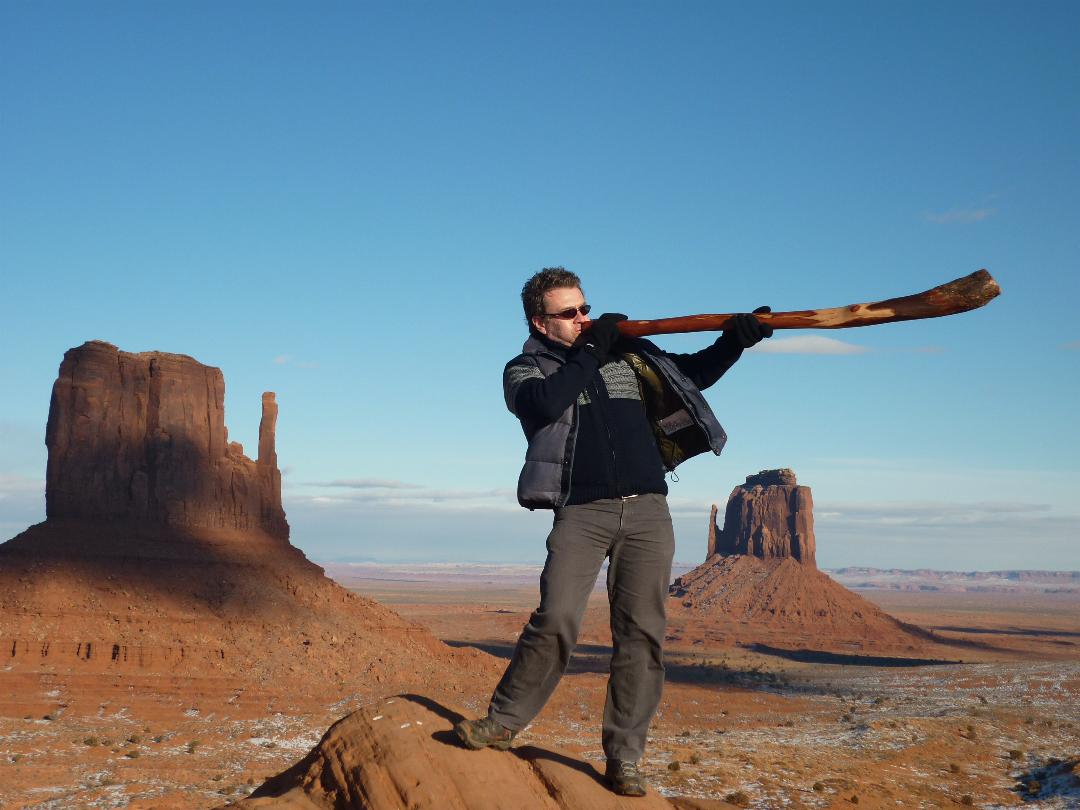 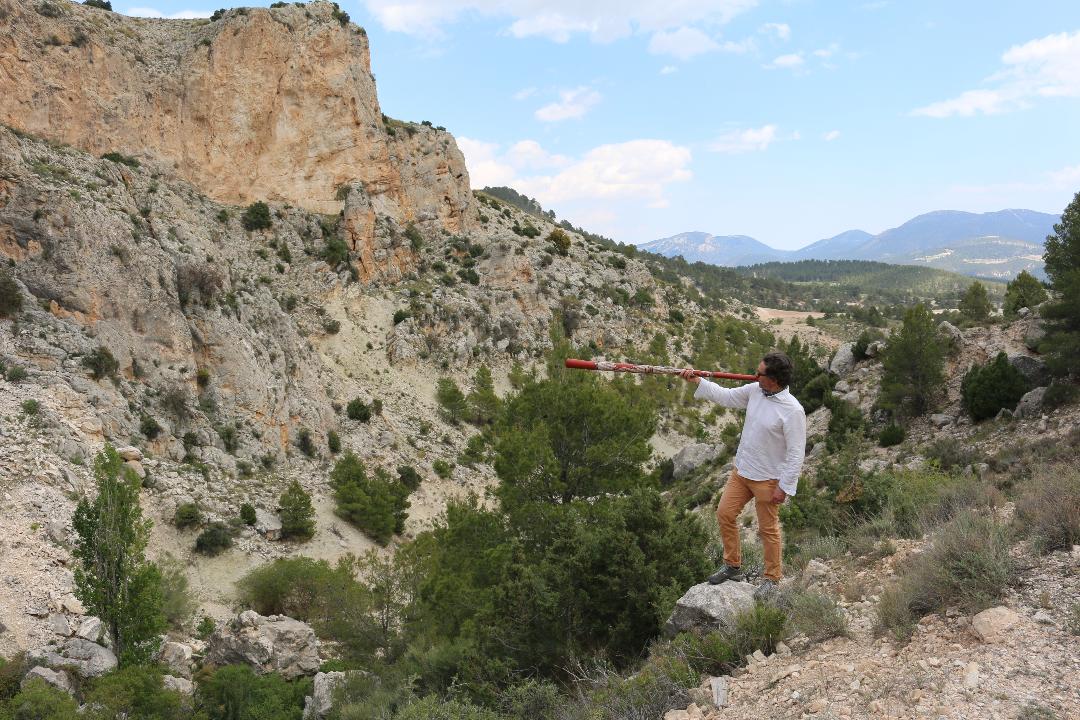