This workshop is for players who have already managed circular breathing.

In this workshop, Markus Meurer imparts his individual rhythmic and percussive playing style and shares his knowledge gained over the years by performing on stage and teaching worldwide. You will work step by step on easy tasks to make your didgeridoo-playing more interesting, multi-faceted and dynamic. Through creating your own rhythms in a simple but effective way and learning upbeat breathing techniques you will discover more about your own style and improve the way how you can express yourself through the didgeridoo. On top of that, we will focus on how to jam creatively with other musicians by practising in the group.

Markus Meurer was born on the 26th of October 1969 in Weilheim (Germany). He got involved with the didgeridoo around 18 years ago and since then played and taught in various projects around Europe, Israel, India and Australia. In 2004 he was living and working for four months in Yirrkala, Northeast-Arnhemland, with the tribe of Yolngu people who invented the didgeridoo. There he learned traditional playing techniques and participated in the everyday life of the indigenous culture of the aboriginal people of Australia. In 2006 he started the band AIRTIST which can be seen as one of the most known bands in the field of “organic beats” nowadays.  In 2009 he shifted his main residence to Vienna/Austria where he continues his engagement in new projects: together with the dance pedagogue Andrea Maria Handler he founded ATEMKREIS, an initiative against sleep apnea and snoring with the aid of bodywork and didgeridoo playing. This collective is organizing regular meetings in Vienna and was invited all ready to share their practice abroad. Another matter close to his heart concerns the drug treatment centre „Schweizer Haus Hadersdorf“ in Vienna, where he teaches didgeridoo-making and -playing since 2014. In addition, he joined the team of the Australian band LOONALOOP which he accompanies on their tours through Europe. On the didgeridoo, he is fascinated about the endless possibilities as a rhythmic instrument in interplay with diverse harmonies as well as the cultural heritage of the instrument itself. 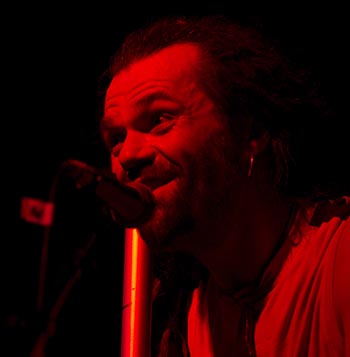